Won't be Home for Christmas 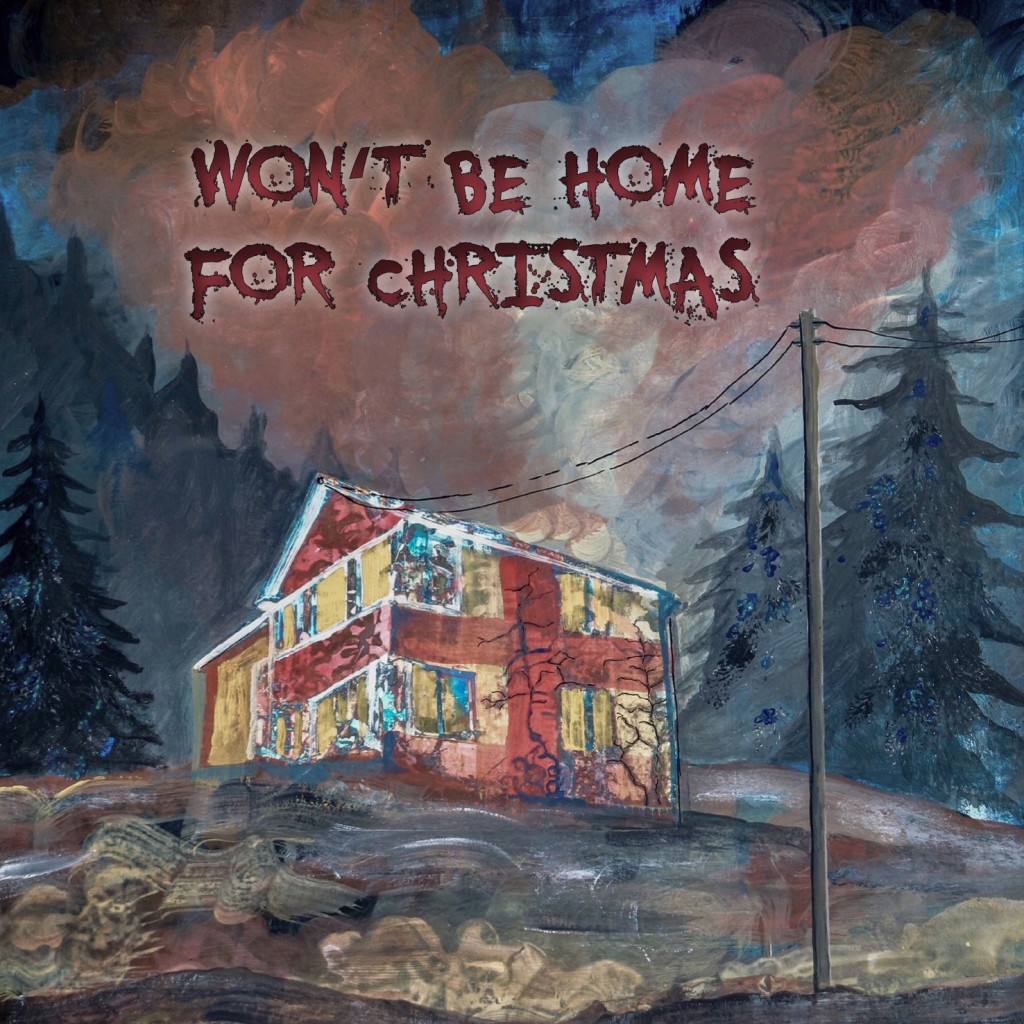 By the time the frost hits the pumpkin, there typically is no shortage of new Christmas albums from the usual suspects singing, for the most part, the same old spiritual carols and secular classics.

And then there’s “Won’t Be Home For Christmas”.

The compilation CD, conceived and produced by Swedish music industry veteran Peter Holmstedt, brings together compositions from 18 different singer songwriters, each of whom approach their assignment to ‘write a song about Christmas’ in widely different musical stylings.

To be sure, there are no Justin Beiber’s here singing “Away In A Manger”, no Reba McEntire’s twanging out “Joy To The World”, there are, however songsmiths from around the globe, from Dublin to Austin to South Australia to Nashville, who weave together a deep playlist, which veers from dark to cheery to twisted tunes, from introspective musings to the tender wonderment of a miraculous life. And there’s even a lullaby.

Some of the songs have a retro vibe to them, harkening back to a Dean Martin mood or 50’s jump blues jazz or Irish balladry. Some are straight on acoustic folk ballads. There’s some soft rock. And some, as are many a good song, are hard to pigeon hole. There are pure Christmas songs and a few that give it a passing mention, while others give emotional snapshots of life stories within the seasonal time frame.

“I’m a big fan of compilation albums, and I had the idea of reaching out to singer songwriters I know and admire and asking them to write a song with a Christmas hook to contribute to the project”, Holmstedt said. “I was interested to hear what interpretations they would come up with, and I was delighted at the response”.

Holmstedt brings back 3 of the 4 artists featured on his well received 2015 compilation, “Hidden Treasures – Singer Songwriter From Home”, Keith Miles (Nashville, TN), Barry Ollman (Greenwood Village, CO) and Bob Cheevers (Austin, TX), and their contributions to “Won’t Be Home For Christmas” exemplifies in a roasted chestnut shell the stylistic divergence contained throughout the CD.

Miles, joined again by his partner in rhyme, Jack Sundrud, croons a sweet seasonal lullaby with an infectious tune, “Sweet Christmas Dreams”, featuring perfectly understated steel guitar and sleigh bell percussion that makes it hard to resist hitting the replay button, Ollman brings his steely smooth vocals and storytelling prowess to “Winter’s Light”, about mind’s eye memories of simpler times, and Cheevers’ take on “The Spirit Of Christmas” is a hauntingly uplifting holiday tale if there ever was one, where he meets a good woman, with teenage kids, ‘one’s on the pipe, one’s on the pole’. Spoiler alert, there’s a happy ending. It’s Christmas, after all.

The CD opens with Elliott Murphy’s hilariously twisted tale of his bipolar cousin Linear coming to visit while being off his medication and having delusional thoughts of murdering the narrator. When they show up at a family Christmas dinner, everything goes awry before a quick slap from mom saves the day.

It ends with Citizen K performing the title track, “I Won’t Be Home This Christmas”, which starts with a slow build that breaks into 60’s style English boy band toe tapper that will leave you smiling ear to ear.

In between there are plenty of jewels, Kaurna Cronin weaves a gentle, almost hymn like landscaping about his homeland Australia’s unique traditions in “Pavlova (Too)”, Rambling Nicholas Heron provides Irish vibrato about “Wee Lanterns Of Snow”, and Paul Kamm’s “Where Are You Going Tonight” speaks to the sometimes bitter loneliness of the season, which can be soothed with a helping hand. Annie Gallups’ lovely “Christmas On The Train” documents her departing New York on Christmas Eve for a cross country trek that turned out not to be a not so lonely holiday excursion.

There are songs filled with memories of past loves, like Kenny White’s well strummed “Christmas Day”, Jude Johnstone’s heartbreaking “I Guess It’s Gonna Be That Way”, and Janni Littlepage’s emotional “Now That Winter’s Come”.

Perhaps the most touching song on the CD is “Miracle Mabel”, by UK duo My Darling Clementine, which begins “This is not a song for Christmas, there is no manger or a stable, but there is a bright star, and a Miracle Mabel”, about the couple’s own ‘immaculate conception’.

Adding to the warmth of the collection is Mikael Persson’s Richard Butler-esque vocals on a beautifully rendered “This December Night”, and Jack Tempchin, channeling his inner Perry Como with lounge piano and horns that make you want to snuggle up with a warm hard cider. Likewise, Mudfish’s slow walk through a simple tune, “Winter’s Come To Life”, has you pleasantly reaching for one more nightcap.

But it’s not all laid back, The Refugees’ “This Christmas” is a rocking number featuring tight guitar licks and 3 way harmonies reminiscent of modern day Andrews Sisters, and Fassoux unleashes a delightful rockabilly number, “Christmas Ain’t Christmas”, featuring a toe tapping call and response chorus.

“Won’t Be Home For Christmas” not only offers a change of holiday ear scenery, it brings a well woven collection of strong songs that listeners will enjoy all year round. For fans of the singer songwriter genre, and fans of authentically good music, it may just become one of your favorite albums of the year.