The Golden Demon - New Songs About Chaos and Transaction 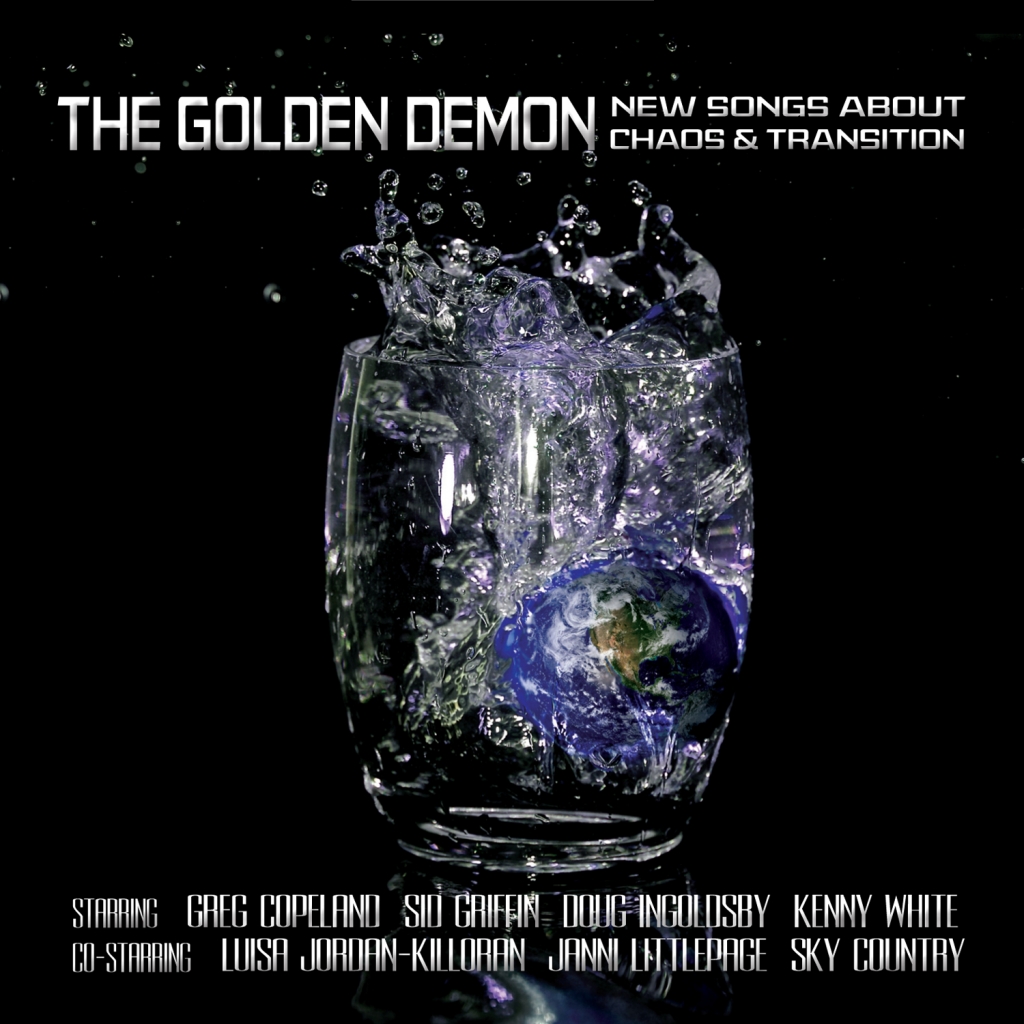 “How often haven’t you heard somebody say, ’It’s a small world’? One may refer to a case of coincidence where two friends run into each other in an unlikely place. One may also refer to the way we communicate these days. Words, pictures and music run back and forth between continents in no time at all. Distance is not an obstacle anymore. It may even function as a creative juice of sorts. The album you are about to hear is a good example of just that. It is a compilation, but surprisingly often, the contributions sound like extracts from a discussion between people gathered around one big dining table.

The subject of the evening is the current sense of chaos and transition, experienced in places where stability was supposed to last until the very end.

’Isn’t that too heavy a topic for such an occasion?’ you might say. Don’t worry. It’s actually the other way around. Even the title, ’The Golden Demon’, could easily be a suitable name of a story that one of the guests might tell after a good meal and a couple of drinks, just after twilight. It’s entertainment with a twist.

So now, dear listeners, I invite you to enter a universal living room, big enough to stretch over at least two continents, small enough for the atmosphere and intimacy to stay fully intact. Be our guest. Sit yourself down and make yourself ’at home’. The show has just begun…..” ~ Citizen K