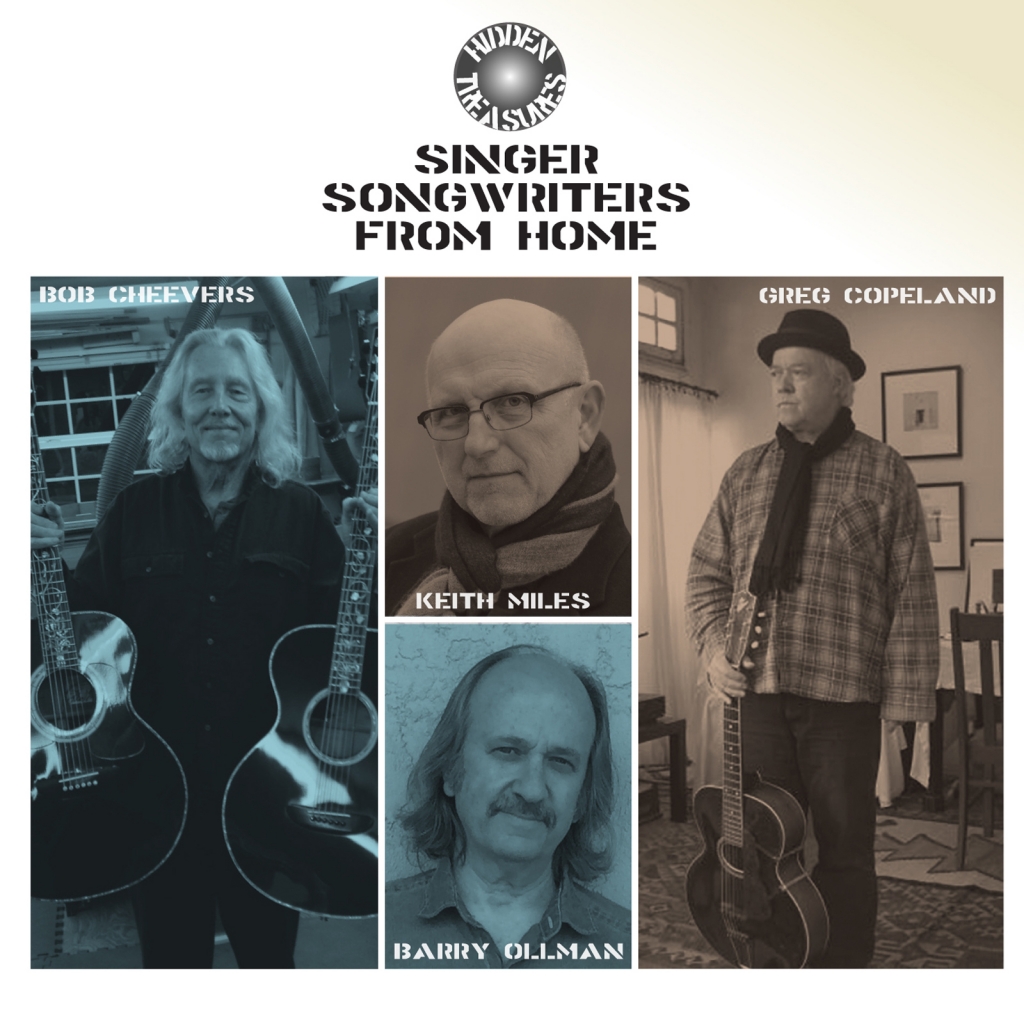 Folksingers. Protestsingers. Troubadours. That’s what we used to call them before Jac Holzman’s Elektra Records put out ”The Singer Songwriter Project” in 1965. The album featured four different US singer songwriters, with a style completely their own. David Cohen (aka David Blue), Dick (Richard) Farina, Bruce Murdoch and Patrick Sky. It took a while until the phrase was commonly used, but when Jackson Browne, Carole King, Joni Mitchell, James Taylor and others came along, in the late 60’s, early 70’s, everybody knew what a ’singer songwriter’ was.

On September 4th, 2015, Hemifrån pays tribute to both the phrase and this classic and historic album with ”Hidden Treasures – Singer Songwriters From Home”, featuring Bob Cheevers, Greg Copeland, Keith Miles and Barry Ollman, four highly acclaimed US singer songwriters who’s been around for years, yet still are some kind of ’hidden treasures’.

Taking this full circle, on the very first song on the album, is Greg Copeland, from Los Angeles, CA, who managed to persuade Patrick Sky (one of four performers on the original ’singer songwriter project’!) to add some beautiful uilleann pipes. Other famous friends helping out on Greg’s tracks are Jackson Browne, Bob Glaub, Greg Leisz, David Lindley and Gabe Witcher.

Keith Miles, who had his tracks recorded in his hometown of Nashville, TN, by Jack Sundrud (Poco) and legendary producer Bill Halverson, are assisted by Music City’s best session musicians, such as Dennis Crouch, Russ Pahl and Tammy Rogers.

Bob Cheevers, formerly from Memphis, TN, now residing in Austin TX, has both Spooner Oldham, as well as Mike Botts and Larry Knechtel, both from Bread, backing him on his tracks.

Last, but not least, is Barry Ollman, who recorded his contributions in his hometurf of Loveland, CO, with a little help from David Amram, John Fullbright, Tim O’Brien, James Raymond (the son of David Crosby), and Garry W Tallent of E Street Band fame.

Folksingers, protestsingers, troubadours, singer songwriters. 50 years, this year, we celebrate them all with 18 exclusive songs on a brand new album out on September 4th, 2015.