Standing On The Doorstep 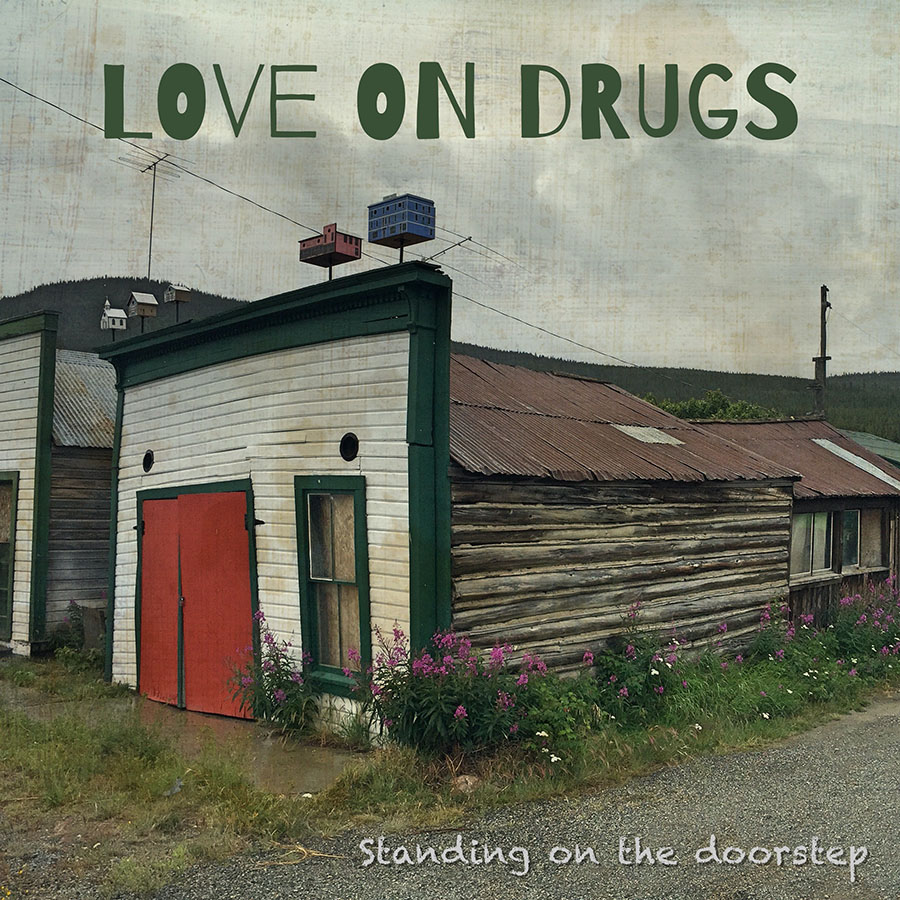 ”Standing On The Doorstep” is the 1st single from Love On Drugs’ upcoming album ”meLODies”, and is a story about life at a Swedish highschool in the 90’s. Featured on this song is Grammy award winner Ted Russell Kamp (Tanya Tucker, Duff McKagan, Shooter Jennings) and Jenny Lundin (Surrender Dorothy) on backing vocals. Tony Martinsson (The Don Darlings) plays lap steel and Andreas Hall (West Coast Big Band, Sharp Six) is on the tenor saxophone. The band consists of Markus Larsson (Kai Martin & Stick) on keyboards and a solid rhythm section with Robert Olsson on bass and Martin Lillberg on drums.

Love On Drugs, or Thomas Pontén and band, curiously and passionately blend americana and indie pop, mixing influences from both sides of the pond into a rare and unique cocktail. Thomas left his hometown of Gävle long time ago and via Uppsala and Stockholm he ended up in Gothenburg in the 00’s. His music has been compared to, among others, World Party and Teenage Fanclub, but also legends like Neil Young, John Lennon and David Bowie. Thomas mainly feels kinship with artists and bands that are a bit ‘all over the place’ genrewise. Bob Dylan, Joni Mitchell, XTC, David Bowie, Kirsty MacColl, The Band and Elvis Costello, to mention a few.

As early as grade 6 he wrote lyrics for his friends heavy metal-band. After attempting drums and keyboard he fell in love with the guitar in secondary school. If secondary school represented the awakening, highschool was ‘the nerdphase’, where he practiced scales and was seduced by what is sometimes referred to as ‘musicians music’. With help from before mentioned Bob Dylan and Joni Mitchell, Thomas realised that the songwriters and the storytellers are the real heroes and heroines.

Through the years he’s played everything from reggae to avant garde in various bands and constellations. With Love On Drugs however, it’s the 1st time in his music career that he fronts a band and sing lead vocals.

German FolkWorld describe the music like this, ”This is on the rockier side of folk rock.They definitely establish a nice groove, which gives this the edge over many other bands you hear playing in club land”. Love On Drugs has played with among others Ted Russell Kamp (US), The Mommyheads (US), Pi Jacobs (US), Sarah MacDougall (CAN) och Gordie Tentrees (CAN).

In the spring of 2016 he released his debut album ”I Think I’m Alone Now” and in april 2018 his 2nd album ”Solder”. Both records got great reviews and a lot of airplay throughout Europé and was featured in many playlists on Spotify. In the first weeks of 2021 Love On Drugs will release the 3rd album. This time Thomas goes back to his roots in americana, after celebrating classic singer songwriters and indiepop on the previous ones.