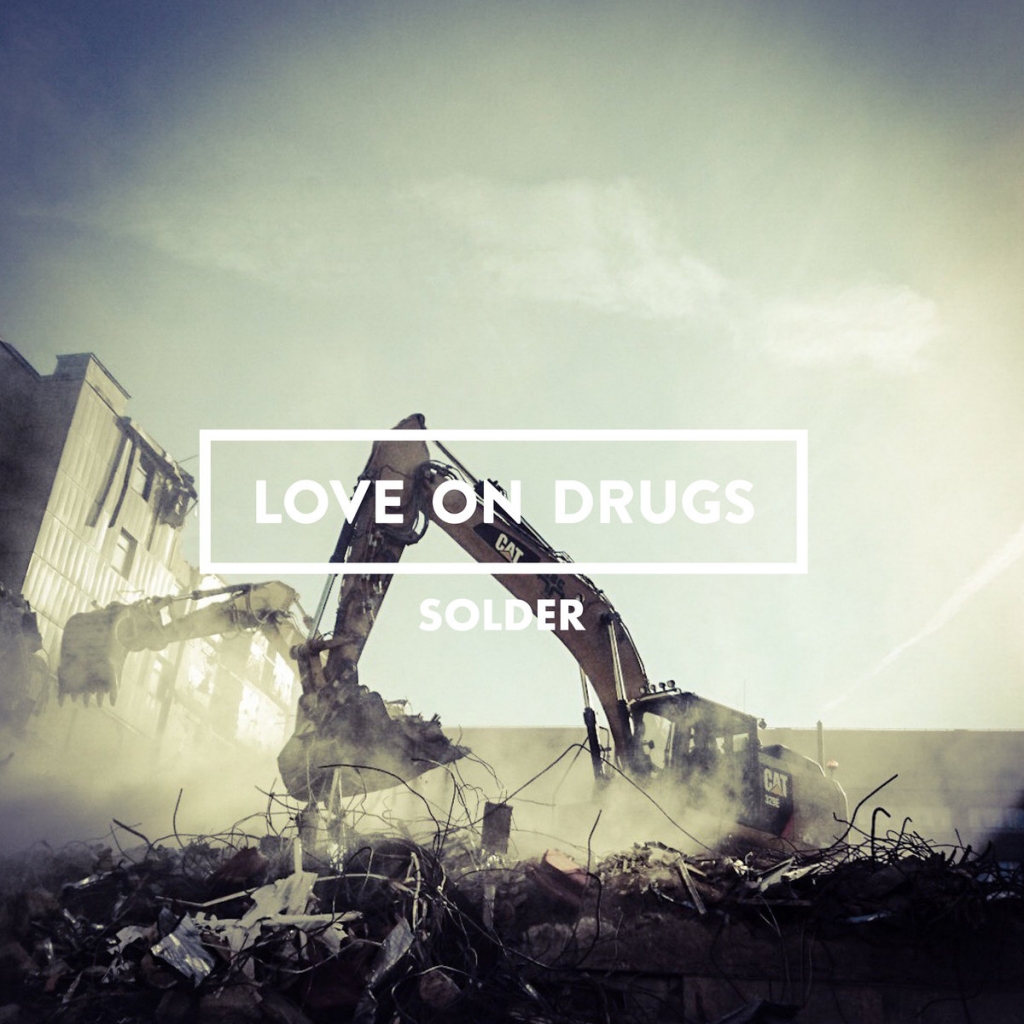 “Solder” is the title of Love On Drugs 2nd album, due for release April 13th, 2018. Behind the name Love On Drugs we find Thomas Pontén. He describes himself as an in Gothenburg residing singer songwriter and guitarist, who, for the past few years, has tried to combine the easiness of pop, with the often more harsh and brooding storytelling of country usic. Love On Drugs has been compared to Karl Wallinger’s World Party and it makes sense since he, just like Thomas, tends to mix influences | from both sides of the pond in his music.

Love On Drugs is essentially a solo project. Pontén has written the songs and sings as well as plays all the guitars. The album was for the most part recorded at the producer, Magnus Johansson’s studio but some tracking was also done at Thomas’ own studio close to his home in Gothenburg. Together they’ve produced an album that probably first will find it’s way to listeners who share Ponténs eclectic taste in music. However the level of songwriting is so high and the songs so catchy, thatmost people will find them very appealing.

On the album you also find Krister Selander, Love On Drugs´s bass player since day one, drums and percussion was played by Martin Lillberg, and one of Thomas´s favourites on the Gothenburg scene Anders Göransson, a.k.a. Anders Enda Barnet, on keyboards. Last winter when Pi Jacobs from Los Angeles did a short tour with Love On Drugs and Ted Russell Kamp she got to do some backup vocals.

Lyrically the songs on “Solder” are often about different flaws of man. The album aims to comfort us and reassure us that the not so charming traits really are what makes us human and wants to piece us back together.

Pontén describes the 9 track long album as a homage to the fantastic songwriters of the 70’s and 80’s. “Every Now And Then” reminisce of British pubrock by Nick Lowe, Graham Parker and Rockpile, epic “Scar” of Elton John, David Bowie and Beatles, and ”Gone Away” sounds like a mix of Neil Young with ‘twin guitars’ a la Thin Lizzy. There are also more modern 90’s and 00’s influences like Teenage Fanclub sounding ”Solitude”, and americana ballad ”At The Rainbow’s End”. ”Insomnia” starts off as | a 60’s ballad but ends like a cacophony by Radiohead or Arcade Fire. “Your Kind Of Man” is one of few rock songs in the meter of 7/8 and is a nod to both 70’s classic rock, as well as older prog rock from Genesis and Rush. ”I love so many types of music and I just can’t hide it in my songwriting”, Thomas concludes.