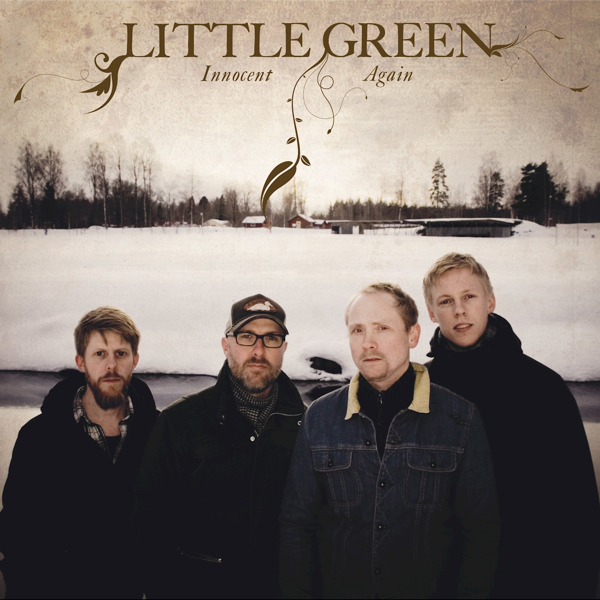 It may seem unlikely that one of the most interesting bands in the genre often referred to as Americana, resides in the city of Gothenburg, Sweden. This is, however, a fact, and their stunning new album “Innocent Again” is here to prove it.

Thanks to bouts of touring and that reliable phenomenon called ‘word of mouth’, Little Green are starting to make waves in their home country, as well as on the international scene.

“Innocent Again”, their 3rd album, is arguably their best so far. With its inventive variations on country, folk, southern rock and jingle-jangle guitars, it will most likely be the album that takes this already highly-respected band to the next level. Little Green always had good songs. This time around, everything else has fallen into place as well. Everything has improved a notch or two or three – Arrangements, performance, recording, mixing, and mastering.

On “Innocent Again”, Little Green leave the folky tendencies of their last album behind, and go for a fuller, more electric sound, with some surprises thrown in for good measure. Basic recordings were made in Sven Karlssons and Hasse Carlssons Studio Lydde in the spring of 2010. Additional recordings were done in the States and Thomas Pontén’s home studio.

The album is full of highlights. To begin with, it features two duets, “This Is Our Life” (featuring Lisa Pedersen), and “I Can Talk Again” (featuring Keith Miles). “Innocent Again” features background vocals by Kimmie Rhodes, whose songs have been recorded by several major artists, including Emmylou Harris and Mark Knopfler. A songwriter’s songwriter who enjoys a lot of respect from her peers. Ted Russell Kamp, with whom Little Green already has done four tours of Sweden, adds backing vocals to a couple of tracks.

What makes Little Green different from American bands is the Scandinavian vibe that complements their knowledge of the Great West, It can be traced in the melancholic and reflective lyrics and subtly Swedish folk harmonies.