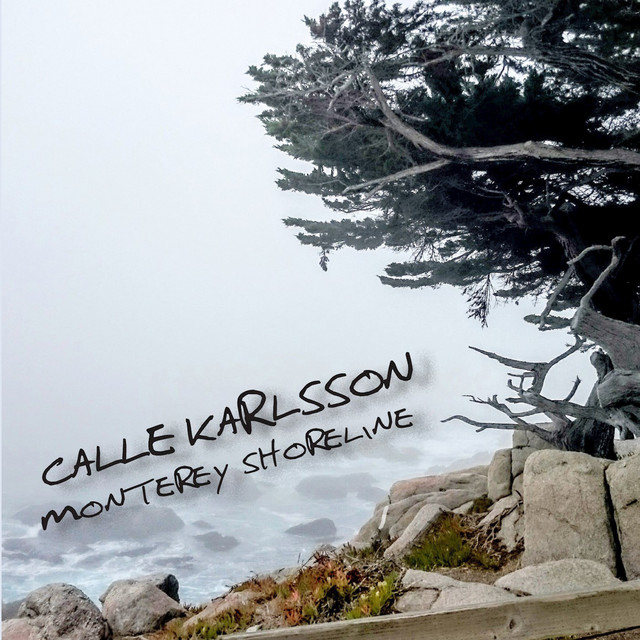 Calle Karlsson describes his childhood as quite idyllic. Even though it was not so well ordered at Träslövsläge, on the westcoast of Sweden, at that time, “läjsingarna” had each other. At home, his dad Janne played the accordion and his mother Ella the piano, and there was always a lot of music in the house. Calle and his 2 brothers contributed singing.

It was in church that Calle got his first stage scene. “I sang in the choir and participated in school closures. My singing has been there, all the way. As a child, I liked to enjoy and entertain and be on stage”. Calles first music memories is a photo where he has formed a band at the age of 5, with some cousins playing with homemade guitars.

“It was only when I started at Varberg School Of Education I learned to play the guitar properly, such teaching was not available on Läjet. My first solo performance was at the Rosenfreds school scene. I’ll never forget it. I was terribly nervous until I started playing. Then it suddenly disappeared and I’ve never been nervous about standing on stage ever since”.

When Calle finished his education he was very tired of school. His father, a fisherman for generations, who had realized that the fishing industry was facing a hard time, did not try to persuade Calle to take on this task. Calle instead started working at Dagåh’s Photo Shop in Varberg. At the same time, interest in cars, motorcycles and music grew. Calle became one with his own Ford Thunderbird, formed Varbergs Automobil & MC Club, and also played rock’n’roll with brother Håkan and somefriends in the band Victoria. The music took more more and more of his time. After 15 years at Dagåh’s Photo Shop, he quit.

Calle then fronted the band Blue Light, recorded an album in 1985, but despite the fact that they were touring around Sweden and other countries, they never really took off. Calle began to play more and more as a solo troubadour at pubs. He didn’t wanted to let go of the music, and he was very appreciated for what he was doing.

“I sat there and played and sometimes wondered what I was doing there, so I started talking to the audience, telling stories”. Suddenly, he received requests to attend corporate celebrations, weddings, birthdays and association meetings. The business took a new focus as Calle developed increasingly. Over the years he has become an appreciated entertainer, but music has always been the foundation. He has released 6 CD’s so far. They consist of mixed material, some written by himself, andsome have been on his hometown language, which he feels extra warmly about.

In the summer of 2013, he took the full step and released the CD “Läjet, Läjet”, completely sung in his native, hometown language. “When I was a child, we talked like this at home. When I started school in 1st grade I had to learn Swedish. Today, the hometown of which the dialect is called is cool, but back then there was nothing positive about it. I would think there are about 200 people, at most, who can talk to this native tongue today. Therefore we also had to translate the songs on thatCD into Swedish”.

On May 11th, 2018, Calle will release his 7th CD, “Monterey Shoreline”, a 5 track CD EP, that Calle recorded with comrades, relatives and friends from all over the westcoast of Sweden.